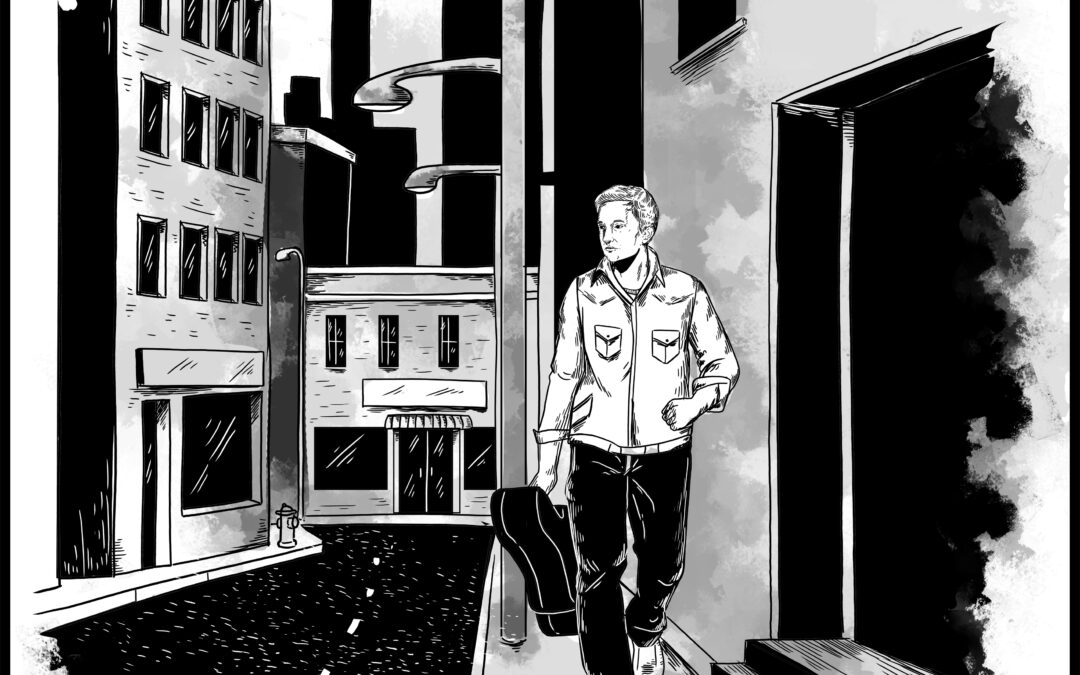 My next single, ‘I Don’t Belong Here’, is out now! Click here to listen. I hope you enjoy it.

I wrote ‘I Don’t Belong Here’ in the late-night hours while out in an unfamiliar city and feeling somewhat worse for wear. Finding myself alone at the end of the night, I felt a profound sense of dissatisfaction with where my life was heading and who I was becoming as a person.

This sense of alienation drove me to make positive changes and ultimately write this song. It’s a song about acknowledging when you need to shake things up, get back on track, and return to chasing dreams you once yearned for. It’s an appropriate companion piece to my previous single, ‘Map the Stars’, which came out earlier this year.