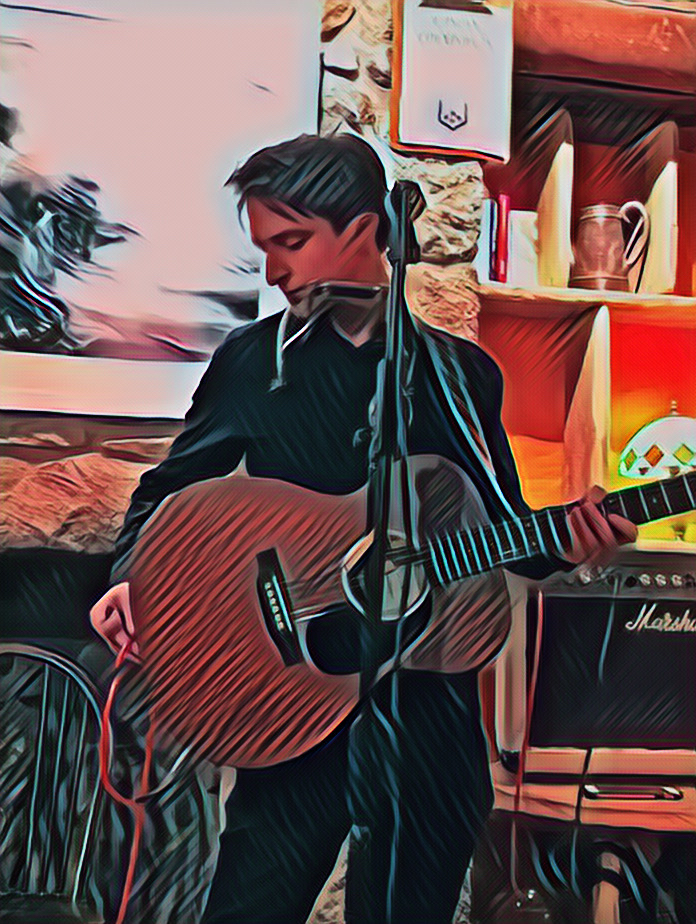 Dan Aston is a singer-songwriter based in Cornwall, UK. His original music has been featured on BBC Radio 6 Music by Tom Robinson, as well as BBC Introducing. ‘Map the Stars’ is the first in a series of singles set for release in 2022, with a brand-new EP also on the horizon.

Dan released his debut EP, ‘The Way Home’, in 2013. Produced by Dare Mason (The Church, Placebo, The Grid) at the VIP Lounge in Penzance, the EP showcased seven original stripped-back songs, many of which remain live staples to this day.

A change of direction was marked two years later with the release of ‘Pale Jacket’, an upbeat pop-folk single recorded with a Cornish jazz-rock backing band. This too was produced at the VIP Lounge, together with 2015’s ‘Lemonade Sea’ single, a jazz ballad that additionally features Dan’s mum, Sue Aston, on violin.

In 2015, ‘Waiting for the Call’ saw Dan go electric. This self-produced melodic rock single verges on metal, with Dan showcasing his lead guitar capabilities on tape for the first time.

Nick Drake, one of Dan’s major influences, was paid tribute to with the release of ‘Which Will’ in 2018. It remains his sole published cover version to date. Later that year, ‘Whisky Songs’ marked a return to original music, and the single is regarded as one of his strongest and most haunting works. Sue Aston provided violin on both ‘Whisky Songs’ and the 2019 pop-country single, ‘If You’ve Loved’.

The COVID-19 pandemic saw Dan retreat from the music scene for some time. During lockdowns, he began writing and recording a fresh body of work. These new songs are now set to be released as Dan returns for what promises to be the most exciting chapter of his music journey yet.